DFW Surf introduces Bike2Yoga to its SUP Yoga classes at Hidden Cove Park and Marina.  “Hidden Cove Park is a great place to host a SUP Yoga class because of its protection from the wind and also an even better place to bike.  It is full of secret beaches and biking trails and several of our club members are very much into biking,” says instructor Jenn Bodnar.

The idea behind Bike2Yoga is to keep yoga fresh and exciting.  SUP Yoga is meant to be a peaceful and beautiful activity in a quiet and remote setting.  Yoga group meets at DFW Surf and then groups either all bike together or split up into two where half the group bikes and half the group paddles and then following the sup yoga class the groups swap and head back to starting point.  “It’s also a great way to get the heart rate up and very effective when we host classes in cooler outdoor months in the spring and fall” says Jenn. 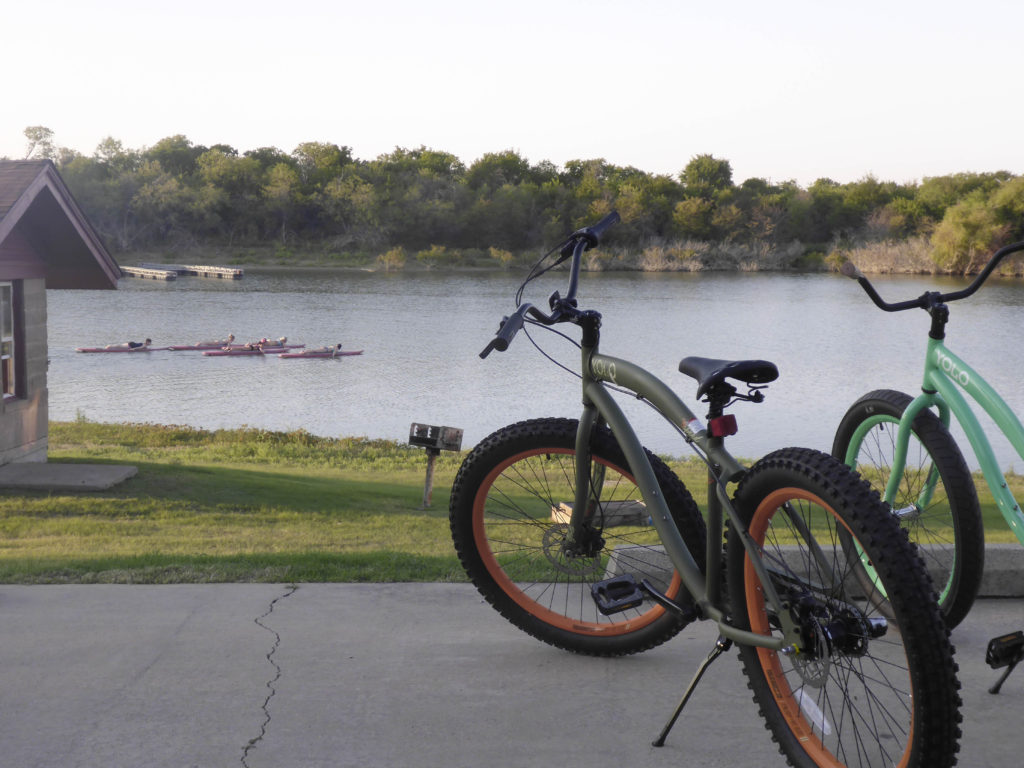 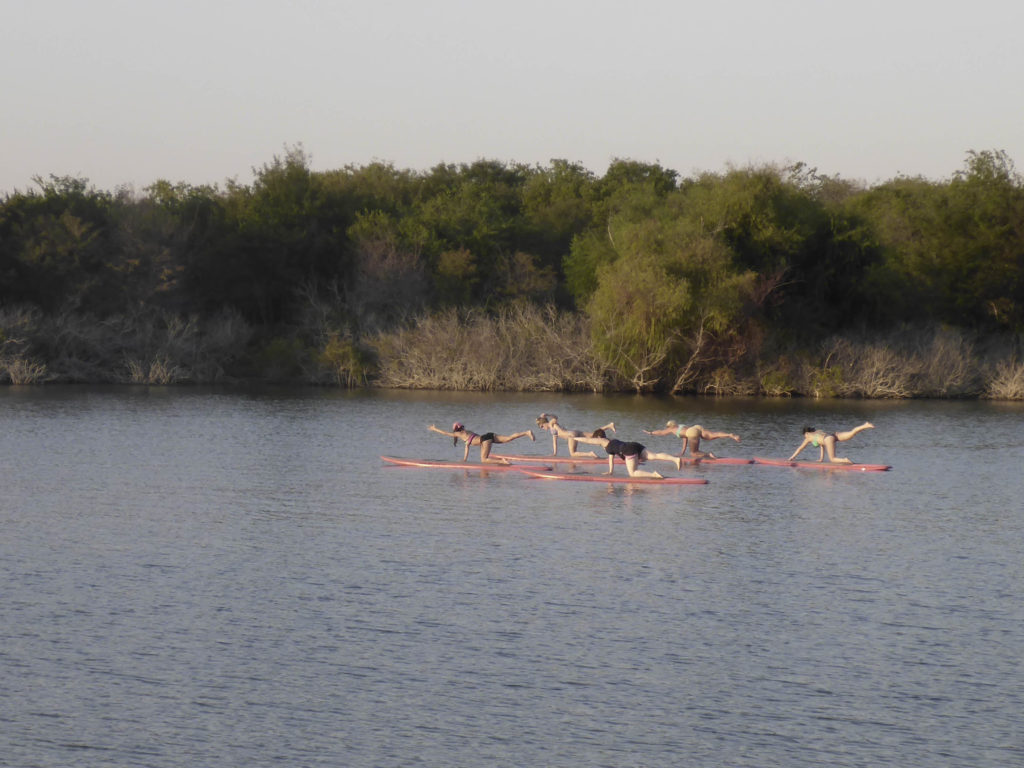